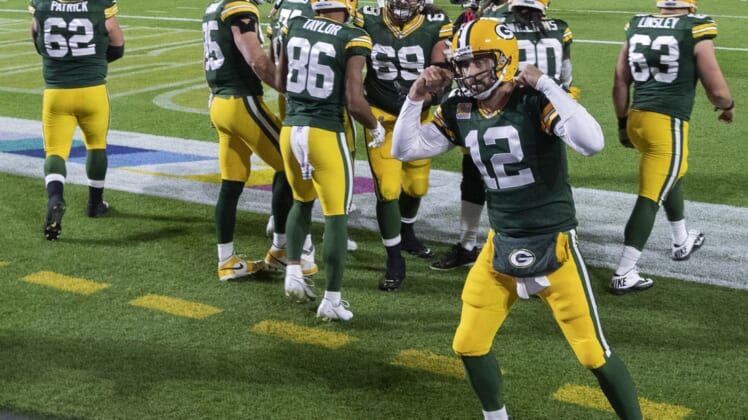 Green Bay Packers quarterback Aaron Rodgers has been feeling it thus far this season. The MVP candidate entered Week 6’s outing against the Tampa Bay Buccaneers having thrown 13 touchdowns compared to zero interceptions. He has the Packers at 4-0 and averaging 38 points per game.

Those good vibes continued against the Tampa Bay Buccaneers on Sunday with the Packers taking an early 10-0 lead. However, it’s this celebration at Raymond James Stadium in Tampa that had people talking.

Yes, Rodgers just did the Key & Peele touchdown celebration in a real-life NFL game. That’s not a typo. It actually happened.

Unfortunately, the touchdown was reversed on replay. Fortunately, Aaron Jones scored from one yard out on the next play to give the Packers a two-score lead against Tom Brady and Co.

Again, that’s not the story. Rather, it’s all about Rodgers’ celebration. People were having a blast with it on social media, too.