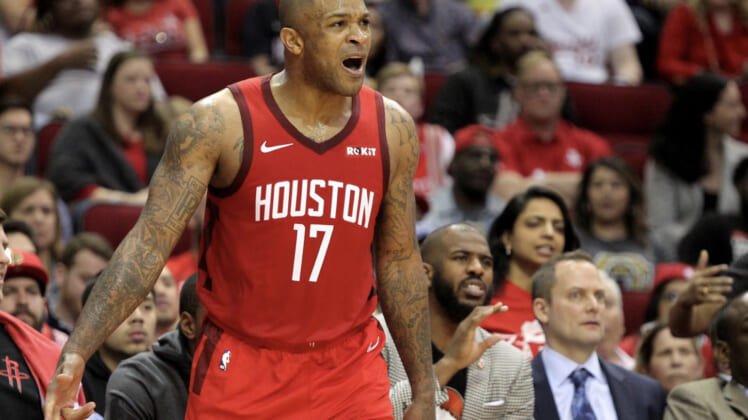 James Harden is playing incredible basketball. The same can not be said for the rest of the Houston Rockets. This gaffe from P.J. Tucker demonstrates that.

Following a free throw from the New York Knicks, Eric Gordon attempted to inbound the ball to Tucker, who apparently forgot the situation or thought the ball was a live grenade.

What exactly were the #Rockets thinking here? (H/t #TheHoopCentral). pic.twitter.com/vcHU4NmcQ2

Well, we can expect that to see on Shaqtin’ a Fool. In fact, this may be the new gold standard.

The funny thing about this play is that Noah Vonley didn’t even seem to know what was going on at first. That gave Tucker time to redeem himself and pick up the ball (or at least try). But he was having none of it.

The Rockets bailed Tucker out, thanks to a cold-blooded three from Tucker and an amazing 61-point performance from Harden. But Tucker clearly needs to brush up on the rules of the game.