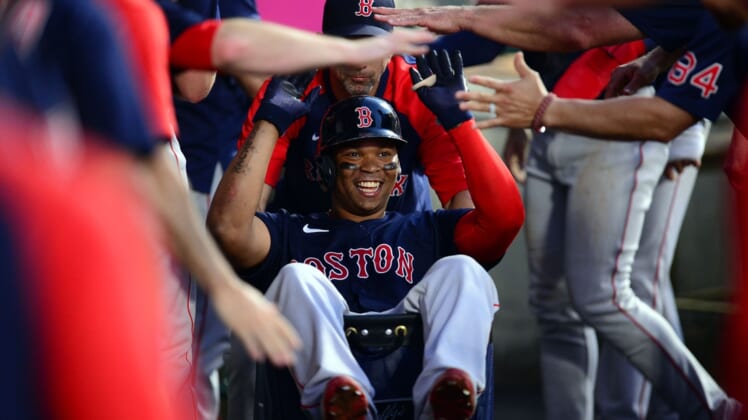 Home runs by Christian Arroyo and Rafael Devers and some key throws from the outfield helped lift the Boston Red Sox to a 5-4 victory over the Los Angeles Angels on Monday night in Anaheim, Calif.

Devers, voted the American League starter at third base for the All-Star Game, hit his 21st homer of the season, singled twice and drove in three runs. Arroyo homered in his first at-bat after being activated from the injured list before the game.

Just as big as the offense were the outfield assists by left fielder Danny Santana and center fielder Enrique Hernandez. Santana threw out a runner at the plate in the fifth inning, and Hernandez nailed a runner at second in the sixth. Both plays put a halt to potentially big innings by the Angels.

Boston still had to endure a treacherous bottom of the ninth inning when the Angels tried to rally against reliever Adam Ottavino. Jose Rojas, who doubled and homered earlier in the game, had a two-out RBI single to narrow the Red Sox’s lead to 5-4.

After a single by David Fletcher, the Angels had runners on first and second with Shohei Ohtani coming to the plate. Ottavino fell behind in the count 3-1, but Ohtani hit a sharp one-hopper to the second baseman Arroyo playing in shallow right field. Arroyo threw out Ohtani to end the game and seal Ottavino’s seventh save.

Red Sox starter Martin Perez (7-4) got the victory after allowing two runs (one earned) on eight hits in 5 1/3 innings. He walked one and struck out three.

The Angels trailed 5-1 entering the bottom of the fifth and scored once but missed a chance for a big inning. Luis Rengifo led off the inning with a single and went to third on a double by Rojas.

Fletcher, who singled in the third inning to extend his hitting streak to 19 games, drove in Rengifo with a groundout to make it 5-2. Ohtani followed with a single to shallow left-center, but Rojas was thrown out at the plate by Santana. 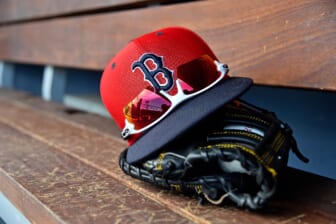 In the sixth, Los Angeles’ Max Stassi was thrown out by Hernandez while trying to stretch a single to right-center into a double, thwarting another potential rally. Phil Gosselin, who had led off with a single, went to third on the play, but Hirokazu Sawamura replaced Perez and retired the next two batters to escape the inning.