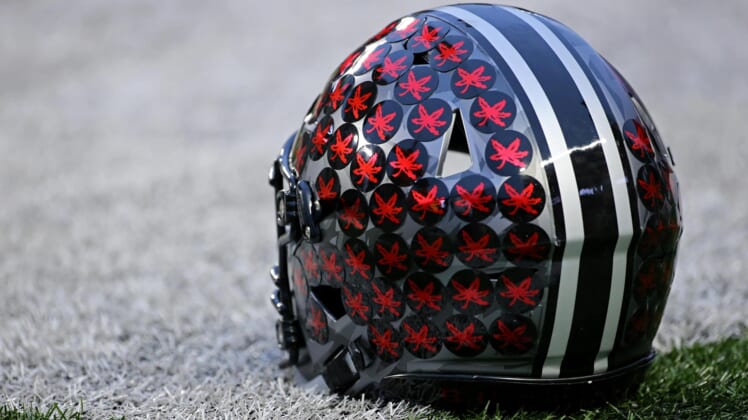 After a monster touchdown earlier in the game, Penn State fans were left holding their breath when receiver KJ Hamler lay motionless on the field following a vicious hit by Ohio State defensive back Isaiah Pryor.

Early in the fourth quarter, Taylor was drilled in the head by Pryor’s shoulder immediately after a 36-yard catch. As officials reviewed the targeting call before ejecting Pryor, fans in the stadium quietly hoped for the best.

Mcsorley to Hamler for a big gain, Isaiah Pryor is also ejected for Targeting pic.twitter.com/IBpZaLbJDQ

Fortunately, Taylor was able to stand up and walk with trainers around him. As life returned to the stadium with Penn State’s offense set up at Ohio State’s 15-yard line, the Nittany Lions rose to the occasion two plays later.

Two plays later, Penn State scores and retakes the lead. McSorley to true freshman tight end Pat Freiermuth. It was a heck of a catch.

After McSorley ran for a 13-yard gain, he found freshman Pat Freiermuth in the end zone for the go-ahead score.

It proved to be quite the whirlwind for emotions for Penn State’s fans and players. Fortunately for them, Penn State took the lead back and Taylor is moving under his own power.