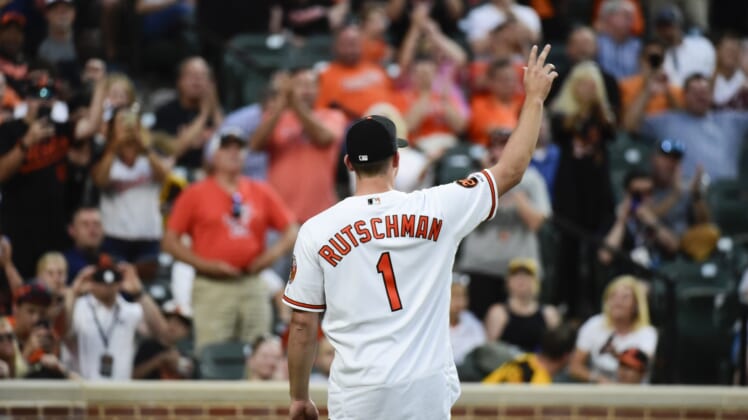 Just over a month after being drafted with the No. 1 pick by the Baltimore Orioles, catcher Adley Rutschman quickly showed on Saturday why he is already among the best prospects in baseball.

In his first minor-league game, Rutschman launched a home run that soared over the wall and left no one in attendance questioning the catcher’s massive power even at an early stage of his career.

Already ranked as the fifth-best prospect in MLB by Baseball America, Rutschman quickly left an impression on everyone in attendance for his first minor-league game in the Gulf Coast League.

Considered one of the best prospects to enter the draft in years, Rutschman signed a record-breaking contract with the Orioles in late June.

While the Orioles are struggling once again this season, Rutschman is the caliber of player who fans can get excited about and his advanced tools at the plate and behind it could accelerate his arrival to the majors.