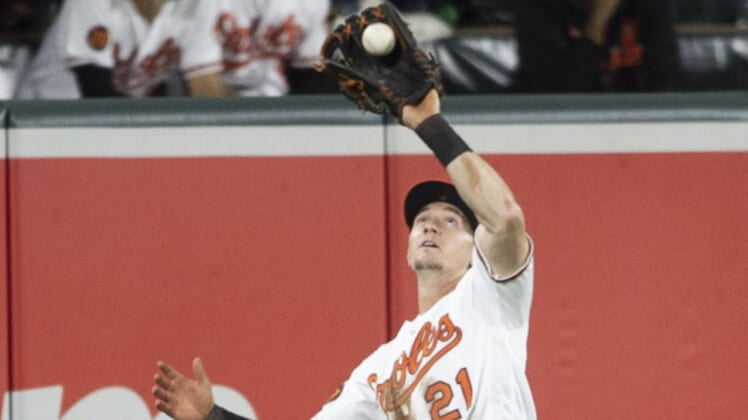 The Toronto Blue Jays had gone back to back in the fourth inning against Baltimore Orioles starter Gabriel Ynoa Thursday night.

That’s when outfielder Austin Hays decided he had enough. The rookie absolutely robbed fellow first-year player Vladimir Guerrero Jr. of what would have been his 16th homer of the season.

Vlad thought he had hit that out dead center. Hays had different ideas, pounding his chest in accomplishment after making the catch. In turn, Toronto’s superstar tipped his cap.

Baltimore has nothing to play for down the stretch. Though, Hays has been super impressive since getting the call. This play magnified that to a T.