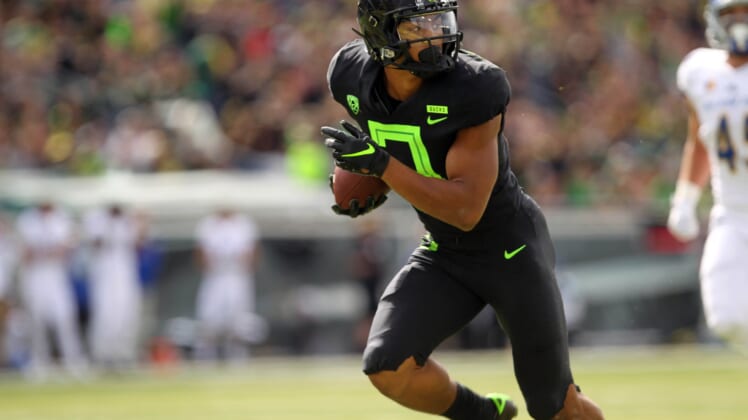 Oregon Ducks receiver Johnny Johnson had already been involved in a couple huge highlights during the Pac-12 Championship Game when he one-upped them all.

Watch as Johnson went up in between two defenders and somehow came back down with the football for a sensational 33-yard gain.

Johnson is having a monster game for the Ducks. After this reception, he was up to five receptions for 83 yards and a touchdown, which was significantly easier than that catch we just shared.