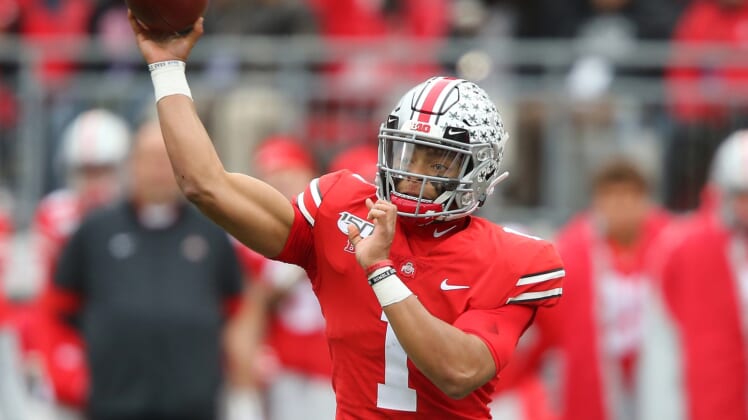 During the middle of the third quarter Saturday against Michigan, Ohio State quarterback Justin Fields took a shot to the left leg and stayed down with a knee injury.

One of his own offensive lineman came in low after Fields delivered a pass, hitting the quarterback right in the left leg.

Fields remained on the ground as Ohio State trainers rushed out to take a look at him. Eventually, he walked off the field with a pronounced limp.

Chris Chugunov replaced Fields, who was taken into the medical tent for further evaluation.

Fields did come back into the game a few minutes later, with a heavy knee brace on his left leg, and threw a touchdown pass on his first attempt back to push the Buckeys up 42-16.