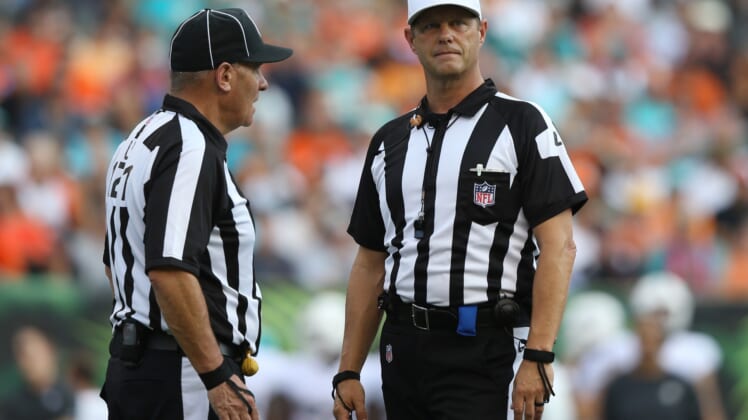 The New Orleans Saints were attempting to run the clock down late in the fourth quarter on Sunday and kick a game-winning field goal against the Los Angeles Rams.

That’s when Saints quarterback Drew Brees decided to take a shot down the field to wide receiver Tommylee Lewis. It appeared to be a good decision with Lewis one-on-one against Rams cornerback Nickell Robey-Coleman.

Unfortunately, the officials missed an obvious defensive pass interference call on Robey-Coleman — a defender that did not look back for the ball down the right sideline.

We've watched this about 10 times and still can't figure out why no flag was thrown. #HomeInTheDome #LARams pic.twitter.com/dkUL3G6uEa

If this had been called, New Orleans would’ve been able to ice the game with a chip-shot field goal. Instead, the team was forced to kick said field goal with enough time on the clock for the Rams to attempt a comeback from 23-20 down.

Like clockwork, Los Angeles drove down the field in enough time for Greg Zuerlein to nail a game-trying field goal with mere seconds remaining in the final stanza.

If this had been called correctly, the Saints like would’ve come out on top in regulation. Indeed, it was not to be.