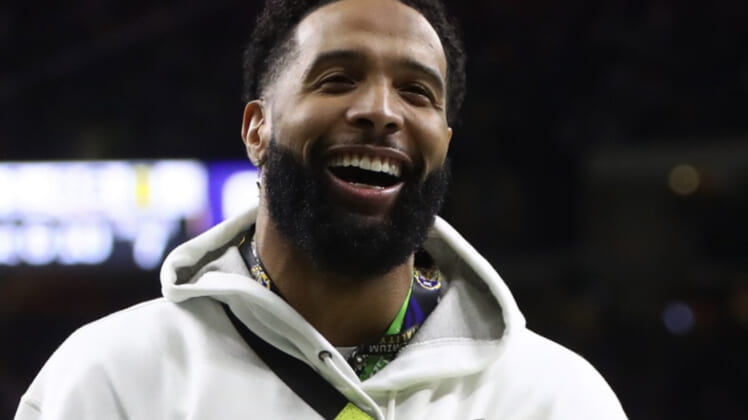 Star Cleveland Browns wide receiver Odell Beckham Jr., an alumn of LSU, was on hand as the Tigers took out Clemson in the National Championship Game Monday night.

How did OBJ celebrate the natty? By handing LSU players wads of cash after the game.

That’s a rather interesting thing for the enigmatic receiver to do right in front of television cameras.

Given the NCAA’s stance on stuff like this, we fully expect the embattled governing body to look into it. Whether it’s a violation of NCAA rules remains to be seen.

It really shouldn’t be. In no way does that mean the NCAA will see it the same way. Beckham has happy for his old program.

He met up with star receiver Justin Jefferson after the game and gave the dude some spending money. You see an issue with this?