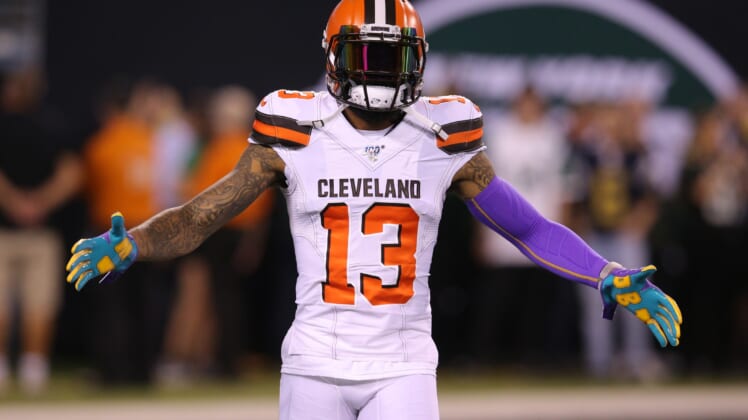 Frustrations were clearly boiling over for the Cleveland Browns as they were eliminated from playoff contention on Sunday.

Earlier in the game against the Baltimore Ravens, quarterback Baker Mayfield got into it with Browns fans who booed him off the field.

With Cleveland down multiple scores late in the game, it was Odell Beckham’s turn to vent. It came at the cost of head coach Freddie Kitchens.

That’s just some ugly stuff right there. The Browns are falling apart at this late stage in the season.

Sure OBJ has indicated that he wants to remain with the Browns. We’re just not too sure if the marriage with an embattled head coach in Freddie Kitchens is worth saving at this point.