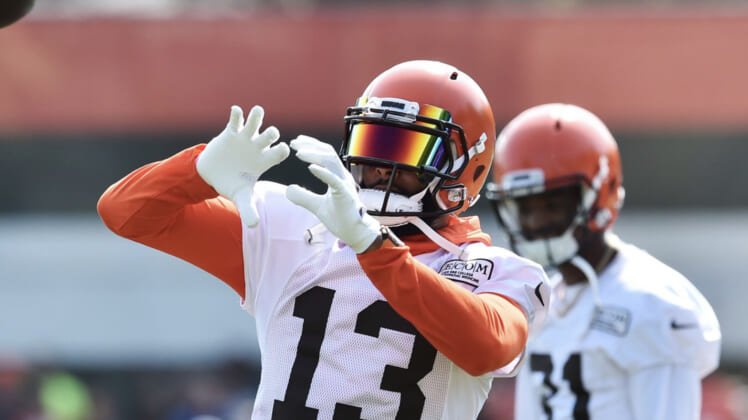 Cleveland Browns cornerback Denzel Ward was among the best rookies in the NFL last season.

He was rarely targeted after showing himself to be a lock-down cover guy en route to earning Pro Bowl honors.

Just check out OBJ absolutely burning Ward with fellow Browns players looking on. It was is a piece of art.

Beckham legitimately juked Ward out of his cleats before making the catch. To be fair to the young defensive back, he’s not the exception to the rule.

Cleveland is expecting big things from the Pro Bowl receiver after acquiring him from the New York Giants in a blockbuster trade back in March.

If Day 1 of camp is any indication, OBJ is not going to disappoint.