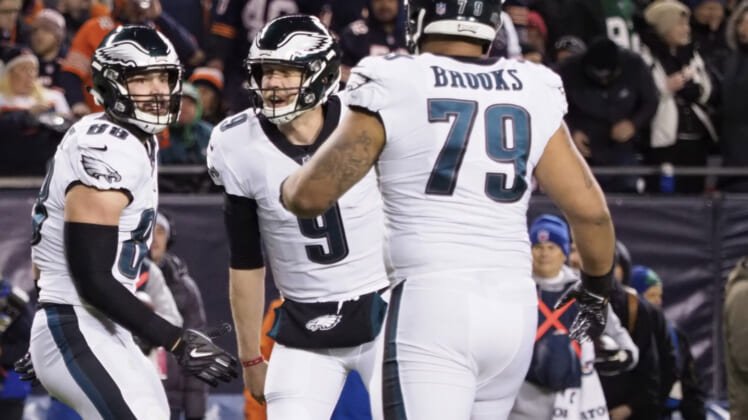 The defending champion Philadelphia Eagles apparently stayed in their New Orleans hotel Saturday night rather than hitting up Bourbon Street.

Why? Well, because the team came out of the gates refreshed and strong against the Saints Sunday afternoon.

Having picked off Drew Brees to open the game, Philadelphia set up shop just outside of its own 20-yard line. Within a few plays, Nick Foles and Co. hit pay dirt on this 37-yard touchdown pass from Foles to Jordan Matthews.

That’s just one heck of a pass from the reigning Super Bowl MVP. How Foles dropped that in over multiple Saints defenders with pressure in his face is anyone’s guess.

Yeah, that magic of Nick Foles is still very much alive. Whew.