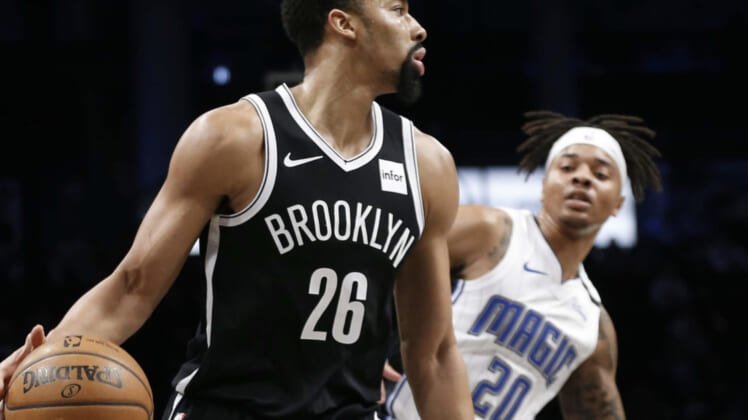 The Brooklyn Nets found themselves down 115-113 to the Miami Heat late in a hard-fought game Saturday night.

It looked as if Brooklyn was going for the walk-off win in its final possession of the game.

That’s when everything went awry. In the midst of a breakout season, Nets star guard Spencer Dinwiddie literally threw the game way.

That fan in the second row had to be a bit surprised by this. At least, he didn’t lose a beer. No one needs that in South Beach on a Saturday night.

Dinwiddie did finish the game with 25 points and 11 assists. But he’ll be most remembered for this.

On a side note, James Harden is off the hook. He put up the blooper of the night earlier in Boston.