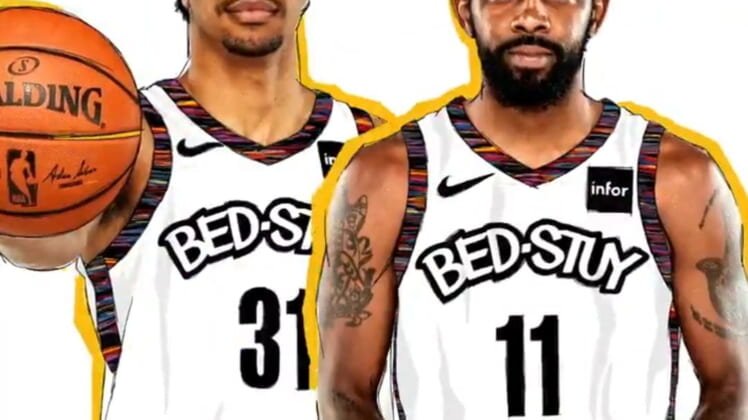 The Brooklyn Nets may be struggling on the court during what has been a drama-filled season. That has not extended to the marketing and PR departments.

Brooklyn just released its version of the 2019-20 NBA “City Edition” jerseys, and they are absolutely amazing.

Knowing full well the history of their city, said jerseys pay homage to New York native Biggie Smalls. The hype video for said release is off the hook.

Even as a west coast guy, this one scribe can appreciate the art behind this.

Also known as The Notorious B.I.G., Smalls was born at the Queens-based St. Mary’s Hospital For Children back in 1972. He became one of the biggest hip-hop artists out there before being murdered in 1997 at the age of 24.

Smalls is an institution and a legend in the Brooklyn area. Paying homage to him in this absolutely amazing way paints the Nets in a tremendous light.

The threads themselves are also brilliant and represent the 1980s and 1990s era of east coast hip hop with a Brooklyn-only theme mixed in.

They are the “illest.”