WATCH: Nets dunking all over Sixers in Game 3 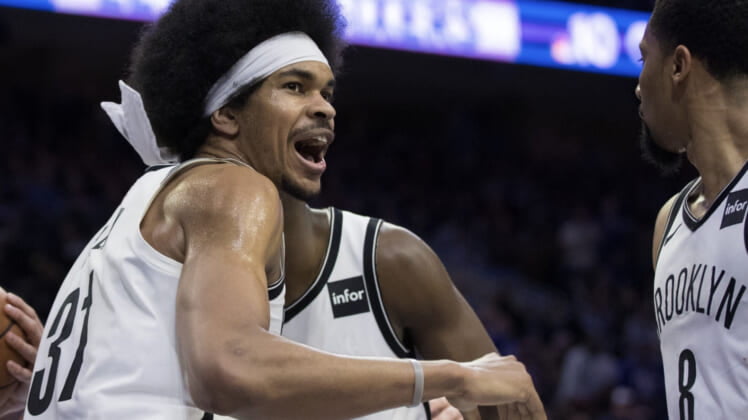 We knew that the Philadelphia 76ers would have a hard time protecting the rim in Game 3 of their series against the Brooklyn Nets when star center Joel Embiid was ruled out for the game.

This doesn’t mean that the Nets’ ability to throw down multiple vicious dunks early on Thursday evening is any less surprising.

It started with big man Jarrett Allen nearly taking down the rim, much to the enjoyment of Brooklyn’s bench.

Later in the opening stanza, veteran Ed Davis showed that he still had both the hops and the power to register on the Richter scale.

We’re really not sure what the rim ever did to these two Nets big men. Whatever it was, they weren’t happy.

The bad news? Brooklyn found itself trailing 32-24 at the end of the first quarter. It might be time to start connecting on the jumpers. Someone check in on D’Angelo Russell. Thanks.