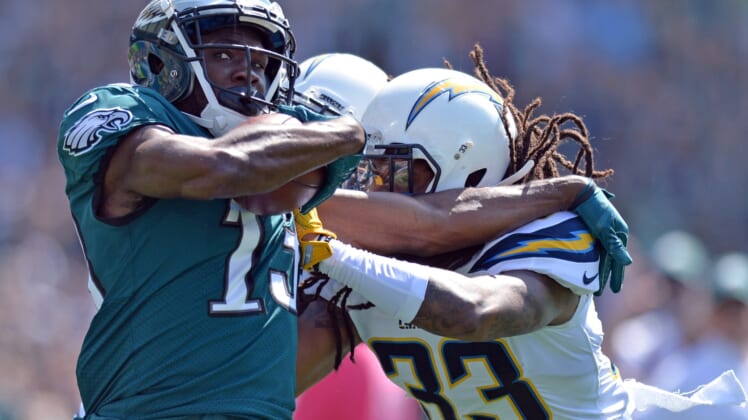 Nelson Agholor put not one, but two Detroit Lions defenders in the spin cycle with consecutive spin moves on a 20-yard touchdown Sunday.

Agholor caught a short pass on a drag route underneath coverage, and his after-the-catch prowess was something to behold.

This was a very important touchdown for the Eagles, too, as it helped them pull to within three points of Detroit, which led 20-17 after the score.