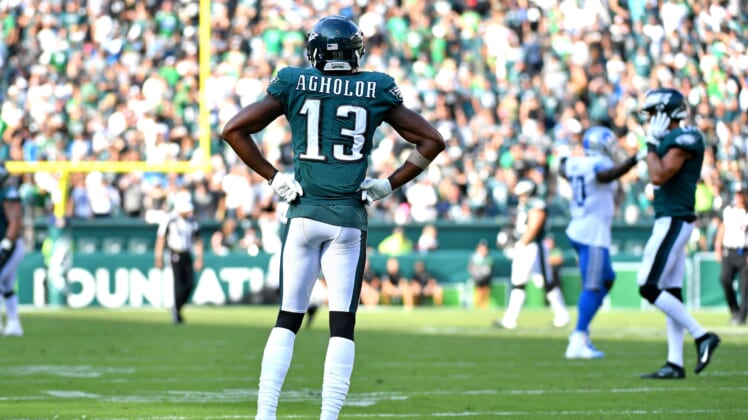 Philadelphia Eagles wide receiver Nelson Agholor has developed an unfortunate reputation for dropping passes in critical moments throughout his career. Unfortunately, he whiffed on an opportunity to reverse his fortunes and cost his team a shot at the win on Sunday against the New England Patriots.

Quarterback Carson Wentz moved Philadelphia’s offense down the field for a potential game-tying drive. After stalling at New England’s 26-yard line, Wentz threw up a fourth-down prayer into the end zone and could only watch as Agholor adjusted to the ball before letting it bounce right off his hands.

As Philadelphia’s chances at an incredible comeback faded into the distance, Agholor could only sit and reflect on another brutal drop in a clutch situation.

At this point, Agholor’s reputation in Philadelphia is deserved. He dropped a potential game-winning touchdown in Week 2 against the Atlanta Falcons and took responsibility for the loss.

The 26-year-old’s penchant for bobbling the football hasn’t improved and with another lapse in a key moment, his tenure in Philadelphia might be nearing its end.