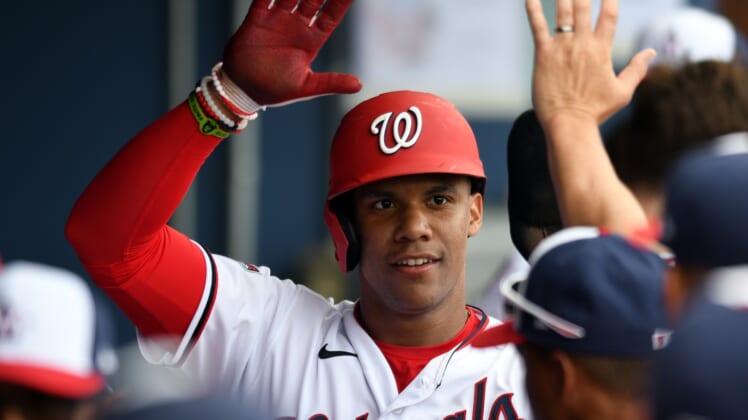 This kid is special. He’s going to win a few MVP awards before it is all said and done. Less than two weeks since testing positive for COVID-19, Washington Nationals star outfielder Juan Soto finally made his 2020 season debut against the struggling New York Mets on Wednesday.

It did not take the 21-year-old Soto any time to make an impact for the defending champs. In his very first at-bat of the season against Mets starter Rick Porcello, Soto lined an RBI double down the left field line to plate Adam Eaton.

That’s just all sorts of impressive right there. We’ve seen other superstars around Major League Baseball struggle initially after recovering from COVID-19 before turning it on. It took Soto five pitches to earn his stripes.

The MVP candidate is coming off a 2019 season that saw him hit .282 with 34 homers and 110 RBI. At 4-4 on the season, Washington is going to need this from its best hitter moving forward. That’s for sure.