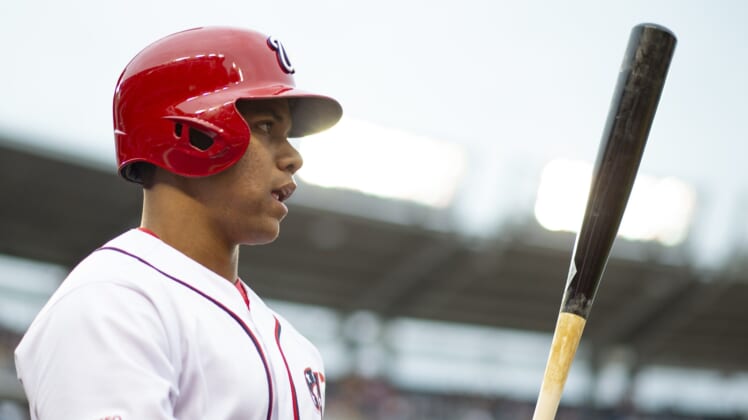 Washington Nationals star Juan Soto has ridiculous power. He showed that off on Wednesday against Jeff Samardzija and the San Francisco Giants.

Samardzija made a mistake on an 0-1 pitch. Soto made him pay with an absolutely gargantuan two-run blast.

It was Soto’s third home run on the young season and was an absolute no-doubter.

We don’t see many home runs hit up there. And when we see things like that from Soto, we have to remember that he’s only 20. So, as powerful as he is right now, it’s only going to get better in the coming years.