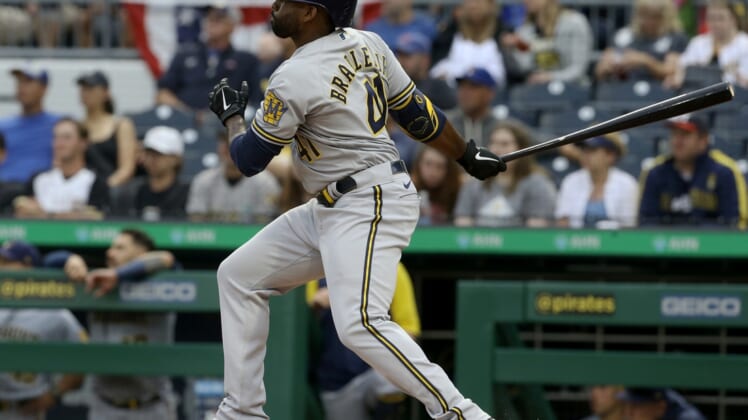 Tyler Taylor added a two-run single, Jackie Bradley Jr. and Omar Narvaez each hit an RBI double and Keston Hiura had an RBI single for the Brewers.

Milwaukee starter Corbin Burnes (4-4) pitched 7 1/3 innings, giving up one run and four hits, with one walk and five strikeouts.

Ben Gamel homered and Jacob Stallings hit an RBI double for the Pirates, who have lost four in a row.

In the seventh, Pirates first baseman Erik Gonzalez left because of right side discomfort after he pulled up running to first.

Milwaukee took a 2-0 lead in the second. Taylor walked and scored on Peterson’s triple to right-center. After Hiura struck out, Bradley doubled to the corner in right to bring in Peterson.

The Pirates cut the deficit in half in the fifth when Gamel led off with his third homer, to right-center. It was just the third homer Burnes had allowed this year, and the first in 174 batters dating to May 19.

In the sixth, the Brewers got that run back, plus another. Against reliever Clay Holmes, just into the game, Taylor and Peterson walked. They advanced to second and third when Holmes was flagged for a balk. Hiura singled to right to drive in Taylor and make it 3-1.

That chased Holmes for Chris Stratton, who struck out Burnes before Daniel Robertson’s sacrifice fly to center scored Peterson for a 4-1 lead.

In the ninth, against Richard Rodriguez, the Brewers upped it to 7-1 on Narvaez’s RBI double and Taylor’s two-run single.

Stallings’ RBI double in the bottom of the ninth closed the scoring.