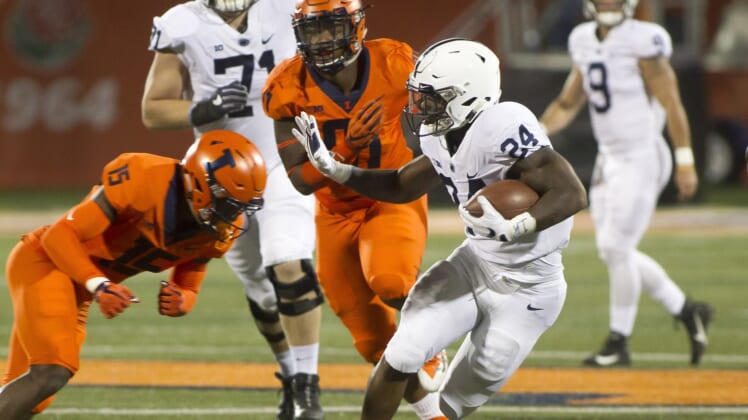 Penn State is hanging on to a one-touchdown lead at halftime over Michigan State, in large part because Miles Sanders is going off.

Sanders, who already had a 78-yard run earlier in the game, ripped off a 48-yard touchdown late in the second quarter that will blow your mind. Watch him run through multiple tackles before hitting the afterburners and going the distance.

Through one half of play, Sanders has 146 yards and that touchdown on just eight carries. Maybe keep feeding him, James Franklin?