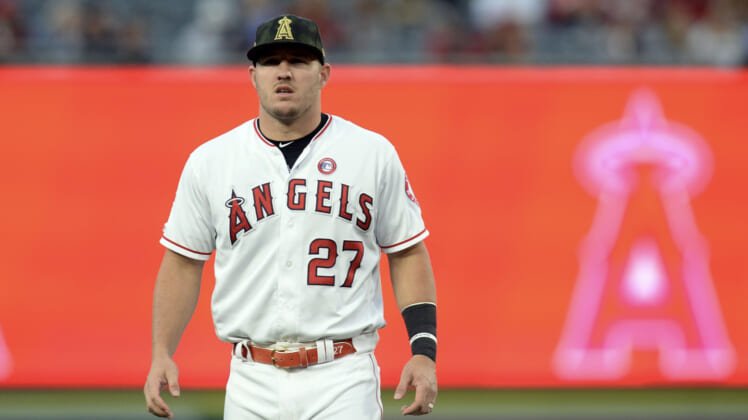 Los Angeles Angels outfielder Mike Trout always finds a way to show his greatness every night and he did that once again on Saturday with a stunning home run out of Fenway Park.

In the sixth inning with Los Angeles clinging to a two-run lead, Trout unloaded on Rick Porcello’s pitch and sent it towering over the Green Monster and out onto the street right outside Fenway Park.

Even when the Angels are struggling and the fans are feeling down, Trout lifts the spirits of the entire fan base. While he’s always a threat at the plate, he’s been on fire as of late with a 1.130 OPS, nine doubles and 10 home runs since the All-Star Break.

Los Angeles is starting to fall down again in the standings, but Trout just keeps on slugging and improving his chances at another MVP trophy. He now sits at 39 home runs on the season and seems to get better every year he takes the field.