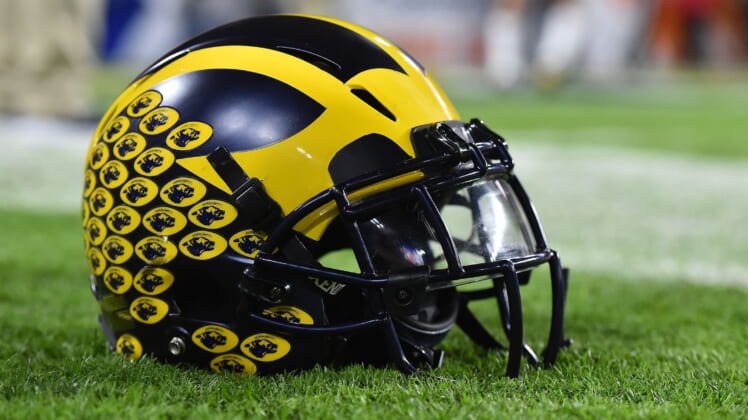 After the Michigan Wolverines failed to make any big plays in the team’s opener, senior running back Karan Higdon made sure that didn’t happen again.

In the first quarter, Higdon found a lane, burst through the hole then found daylight and took off down the sideline and exploded for a 67-yard touchdown run.

After he racked up over 50 rushing yards on Michigan’s second drive of the game, Higdon delivered an even bigger play on this drive.

It’s clear the Wolverines have something special in Higdon. He needed just eight carries to rack up 140 rushing yards in the first quarter and it’s clear even more explosive runs are to come.