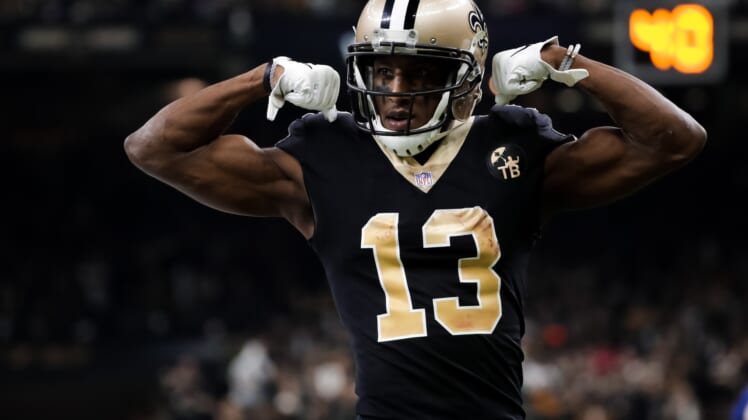 With his fifth catch Monday night, Michael Thomas set a New Orleans Saints record for most catches in a single season.

With his sixth catch of the night, Thomas wowed the masses. Check out this one-handed gem.

Thomas is on pace to break the NFL’s single-season receiving record of 143 set by Marvin Harrison of the Colts. He’s just 26 years of age, and still hasn’t hit his prime.