WATCH: Michael Gallup’s amazing catch gets Cowboys back into game 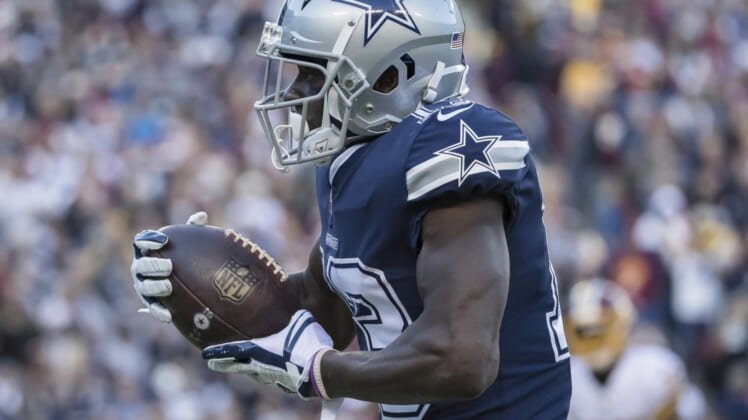 The Dallas Cowboys were dominated for much of the first half Saturday night by the Los Angeles Rams, who took a 23-7 lead early in the third quarter. Then, Michael Gallup woke up, shrugging off a fruitless first half with a monster drive and a 44-yard gem of a catch.

This is a stupidly hard adjustment to make late by Gallup pic.twitter.com/C5OlS1MheS

This remarkable catch was challenged by Sean McVay but upheld upon review. It also led to an Ezekiel Elliott touchdown, and Amari Cooper hauled in a two-point conversion from Dak Prescott, who was tremendous on this drive.

It’s not the first time we’ve seen this rookie receiver show out in such magnificent fashion, and it’s clear he’s coming into his own as an elite deep threat.

The eight points pulled Dallas to within one score, and suddenly we had a game.