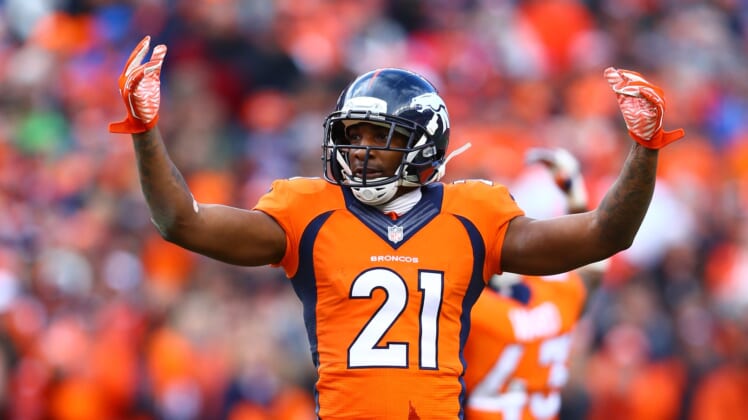 What do you get when you get two underachieving, frustrated rivals play? In the case of the Denver Broncos and Oakland Raiders, a rather nasty fight.

It turned into a nasty brawl. But the primary players were Denver defensive back Aqib Talib, and Oakland receiver Michael Crabtree, who have a history together.

Both men were ejected. In the middle of the fight, Raiders’ lineman Gabe Jackson made contact with a referee. He was also ejected.

The sequence might have been uglier were it not for Marshawn Lynch. To get to the visiting locker room, Talib had to walk through a hostile Oakland bench. Lynch helped defuse any awkwardness by escorting Talib through it.

Marshawn Lynch escorts Aqib Talib past the Raiders bench to the locker room after that crazy brawl with Crabtree. pic.twitter.com/3ttL7HPwbj

Rest assured, we have not heard the last of this one. Fines are a certainty and suspensions will likely follow.