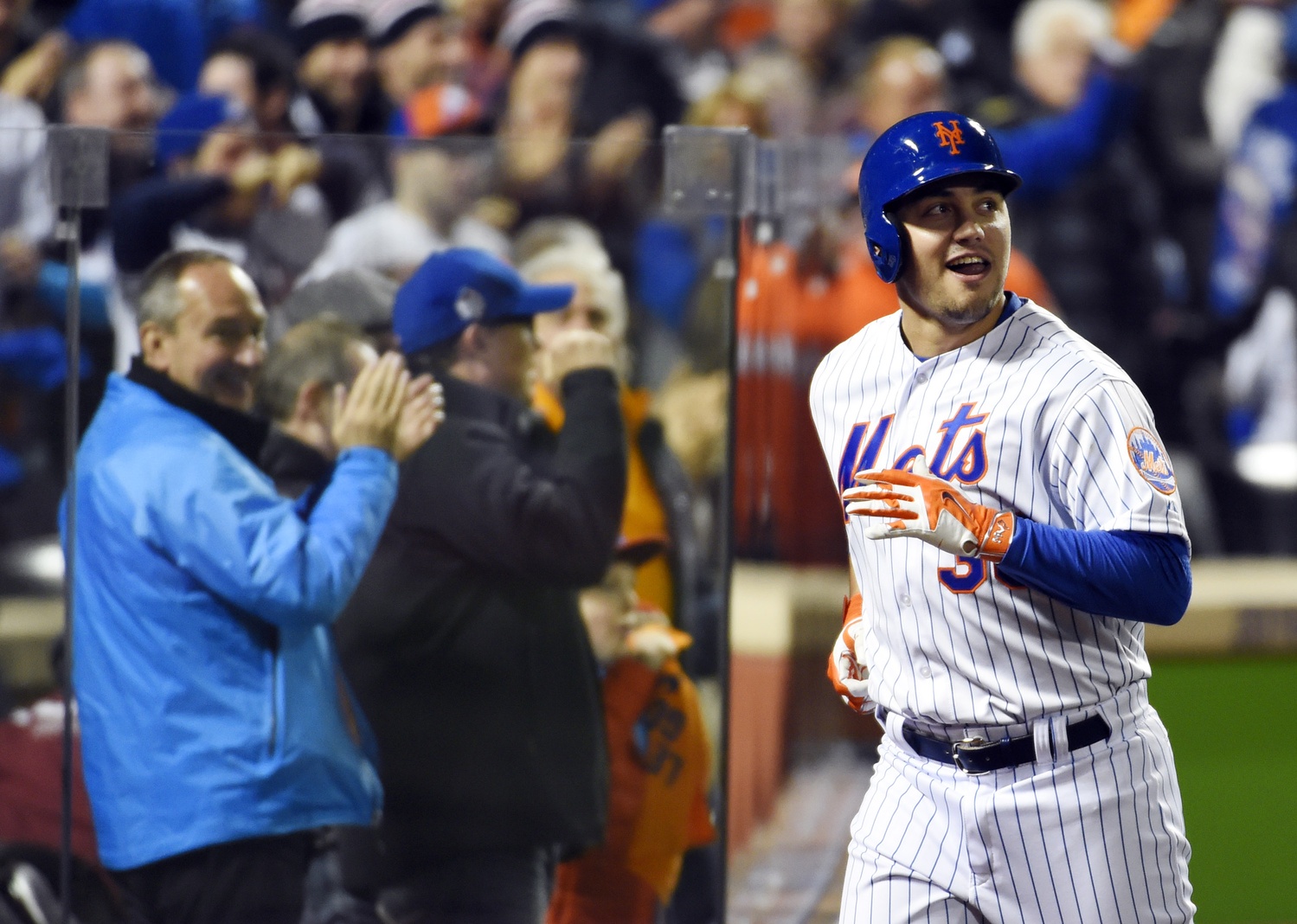 During the first inning of Sunday’s game against the Kansas City Royals, New York Mets outfielder Michael Conforto ripped a ball into orbit.

Starting pitcher Glenn Sparkman delivered a changeup right into Conforto’s wheelhouse. The slugger absolutely laid into it, launching it out of the park 111 miles per hour for an epic moon shot home run that went 452 feet and skirted around the left-field foul pole.

This mammoth three-run blast was the 26th of the year for Conforto, who now has 72 RBI.