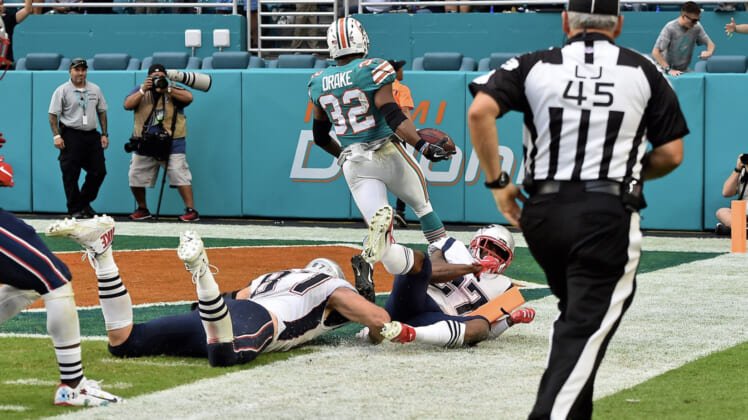 In what is being dubbed the “Miami Miracle,” the Dolphins defeated the division rival New England Patriots in absolutely shocking fashion Sunday afternoon in South Beach.

Down by five with mere seconds left and with the ball at their own 31-yard line, the Dolphins went with the old hook and lateral in an attempt for the walk-off win.

That’s when everything went awry for the Patriots, leading to one of the most-insane finishes we’ll ever see on an NFL field.

Much like after Derrick Henry’s record-tying 99-yard touchdown run on Thursday night, we now have a “Tecmo Bowl” version of this absurd play. It’s all sorts of great.

The 8-bit Tecmo version of the "Miami Miracle" pic.twitter.com/RnzvKOu6dO

It’s almost better in 8-bit form than what we saw live during the game on Sunday. Yeah, the Internet certainly does stay undefeated.