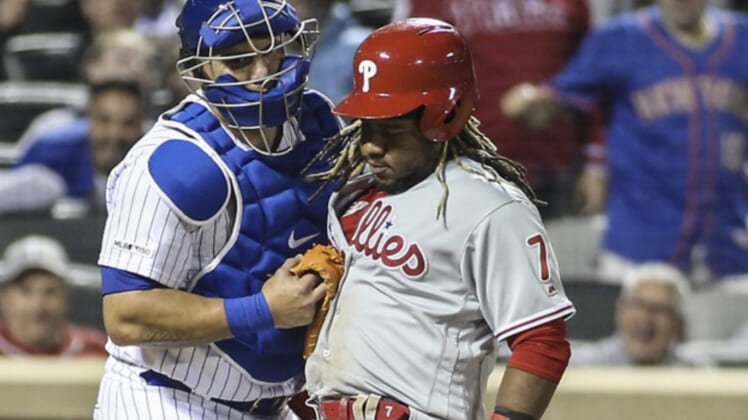 Tuesday night’s game against the New York Mets did not go well for the Philadelphia Phillies. This play from Maikel Franco perfectly encapsulates that.

With two outs and Franco on second in the top of the fourth inning, Cesar Hernandez lined a single to left field. Dusty Wathan, Philadelphia’s third base coach, waved Franco in. It didn’t go well — at least for the Phillies.

To be fair, the situation wasn’t ideal. The next hitter was Phil Gosselin and after him was the pitcher’s spot. If Franco had held up, the Mets could have walked Gosselin and forced the Phillies to either pinch hit or send the pitcher up with two outs.

But the general standard is to make the defense execute a perfect play. The situation might have lightened that standard up, but only to a degree. Jeff McNeil didn’t even have to make a particularly strong throw to nail Franco here.

It’s safe to say that Wathan and Franco won’t be putting this play on their career highlight reels.