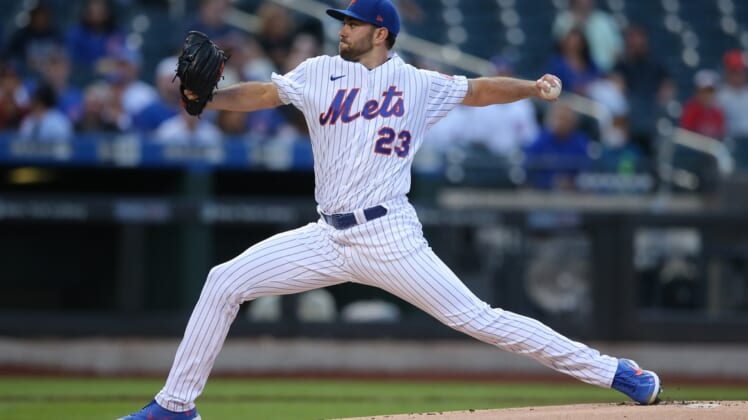 David Peterson allowed just one hit in six scoreless innings, and the New York Mets continued their strong play at home with a 5-2 victory over the Chicago Cubs on Monday in the opener of a four-game series between division leaders.

New York ended a seven-game home losing streak to the Cubs and won for the 12th time in its past 14 home games thanks to Peterson’s best outing of his career.

In his 21st career start, Peterson (2-5) completed six scoreless innings for the first time and only allowed three baserunners. He struck out three, walked two and threw 73 pitches.

Peterson’s sharp outing lowered the Mets’ rotation ERA to 2.72 and occurred after he lasted just 2 2/3 innings on June 8 in Baltimore and retired just one batter in Arizona on June 2.

James McCann and pinch hitter Brandon Drury produced RBI singles for the Mets, who also improved to 12-5 in their past 17 games overall. Kevin Pillar added a two-run double and Dominic Smith contributed a homer after entering the game hitless in his previous 20 at-bats.

The Mets scored three times with two outs in the fourth after Arrieta walked Billy McKinney. McCann made it 1-0 with a single up the middle, and Pillar lifted a double to the gap in left-center field for a 3-0 lead.

New York got another two-out run in the fifth when Smith hit a 1-1 sinker over the center field fence for his fifth homer if the season. The Mets took a 5-0 lead in the sixth when Drury singled up the middle off Tommy Nance.

Trevor May allowed the one-out homers to Rizzo and Wisdom, and Aaron Loup ended the seventh by fanning Jason Heyward and tossed a perfect eighth.

Edwin Diaz struck out Willson Contreras, Kris Bryant and Rizzo in a perfect ninth for his 13th save in 14 opportunities.