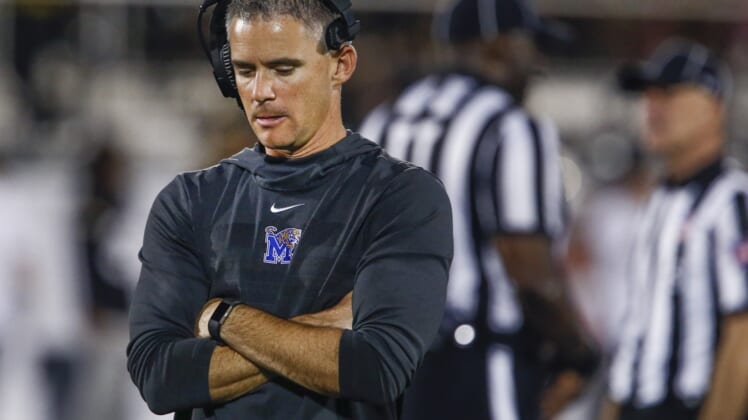 In a Birmingham Bowl that featured plenty of scoring with little excitement until the end, the Memphis Tigers found themselves in position to try and win. Then it bungled the opportunity in embarrassing fashion.

After taking a 28-10 lead over Wake Forest early in the game, Memphis surrendered the next 20 points and found itself behind late in the fourth quarter.

The Tigers finally found themselves again on offense with a 14-play, 88-yard drive then capped it off with a go-ahead touchdown and a 34-30 lead following a failed two-point attempt.

All Memphis needed to do was keep Wake Forest’s offense out of the end zone in the final 75 seconds remaining for the game. Instead, the Demon Deacons needed only 41 seconds to race 75 yards down the field then take the lead back.

WE TOLD YOU THE BIRMINGHAM BOWL WOULD COME DOWN TO THE WIRE!

The Tigers got the ball back with 34 seconds left and in desperate need of a big play. They immediately found it as quarterback Brady White hit wide receiver Joey Magnifico on a 44-yard strike to put Memphis at the 17-yard line with 19 seconds left

Everyone, including the announcers, expected Memphis to go for the win with two timeouts and plenty of time left. Instead, two of its next three plays were runs and it settled for a 38-yard field goal attempt to send it into overtime.

Then Riley Patterson snuck through the game-tying field goal, only to have it wiped out by Wake Forest’s timeout. One snap later, a false start penalty pushed it back to a 43-yard attempt.

Following a false start with the score 37-34, Memphis missed a kick to force OT.
The over/under was…73. pic.twitter.com/rv55MIomr1

While Patterson missed the field goal and ultimately lost the game, the real blame must fall on Memphis head coach Mike Norvell’s absurdly conservative decisions at the end and the false start that pushed the field goal back. Memphis deserved to lose like this, Patterson did not.