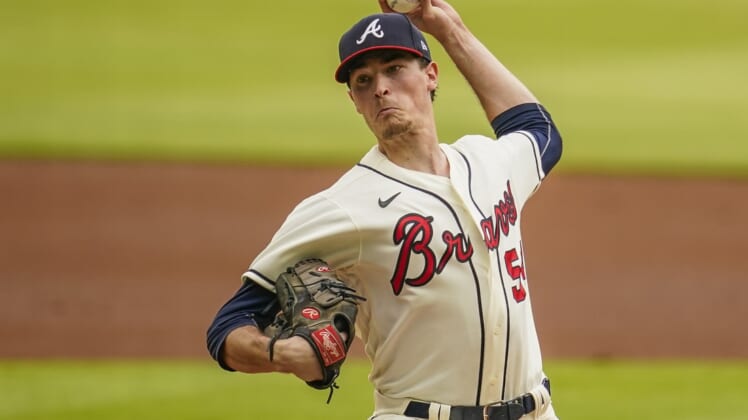 Max Fried allowed one run over six innings to help the Atlanta Braves to a 4-2 win against the visiting Los Angeles Dodgers in the rubber match of their three-game series on Sunday afternoon.

Fried (3-3) gave up six hits, struck out four and did not walk a batter.

Albert Pujols had two hits, including a solo homer, and drove in both runs for Los Angeles.

Dansby Swanson singled to lead off the second. Almonte then came up and hit a one-hop double off the wall in center to score Swanson for a 1-0 lead.

The Braves moved ahead 2-0 in the third when Freddie Freeman walked with two outs and scored on a double by Albies, his 19th double of the season.

Fried retired the first 10 batters in order before Justin Turner doubled down the left-field line with one out in the fourth. Fried struck out Chris Taylor, but Pujols dropped a two-out single into shallow right to score Turner and make it 2-1.

The Braves put their first two runners on base in the sixth before Inciarte grounded a single up the middle with one out to make it 3-1.

Inciarte added a sacrifice fly in the eighth to make it 4-1.

A.J. Minter relieved Fried with two on and no outs in the seventh and retired three straight batters. Chris Martin pitched a scoreless eighth for the Braves, and Will Smith worked the ninth, giving up a solo homer to Pujols before completing his 11th save.

Max Muncy, who leads the Dodgers with 13 home runs, did not start for the second straight game because of a sprained right ankle that occurred in Friday’s game. He pinch-hit for Bauer in the seventh with runners on first and second and two out and flew out to right.