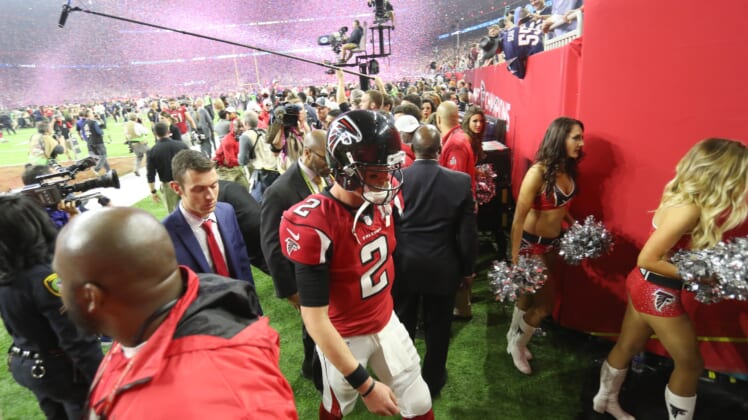 The Atlanta Falcons looked like they were about to score their first touchdown of the season. But a terrible pass from Matt Ryan stopped those plans.

Facing a third down, Ryan put up a floater in the direction of Julio Jones. The two were not on the same page. Philadelphia Eagles’ defensive back Rasul Douglas stepped in for the interception.

While it was Ryan’s first interception, it was part of a troubling trend. Through the night, Ryan’s passes have consistently lacked any real zip.

The good news for Ryan is that his defense bailed him out. On Philadelphia’s ensuing possession, Deion Jones intercepted a pass for Nick Foles, setting up a touchdown for the Falcons.