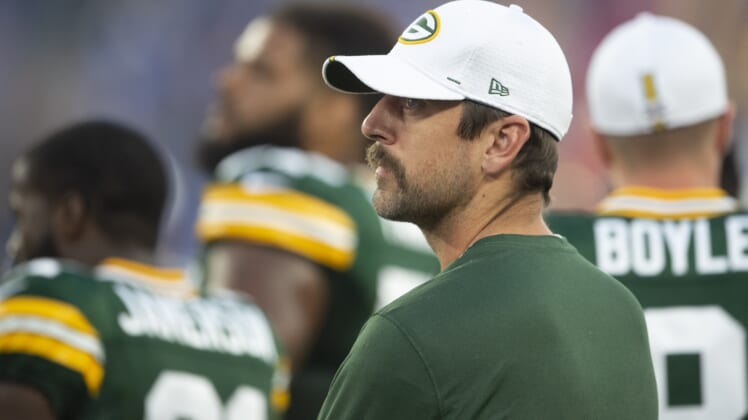 First-year Green Bay Packers head coach Matt LaFleur had to know that he’d be under a media microscope after taking the job this past winter.

It’s a much different ball game than being an offensive coordinator for the Tennessee Titans. Green Bay’s struggles during the latter stages of Mike McCarthy’s tenure as the team’s head coach only adds to this.

Most recently, some drama has popped up regarding whether LaFleur has put Aaron Rodgers on a leash when it comes to the ability to audible to new plays at the line.

The drama seems pretty absurd on the surface. LaFleur also made it clear over the weekend that the former NFL MVP would have the freedom to call any play he wishes at the line.

Despite this, the media continued to push Green Bay’s head coach on Tuesday. He was having none of it.

We wouldn’t necessarily say that LaFleur lost his cool here. Rather, it’s pretty obvious that he’s fed up with this line of questioning.

For good reason. A lot was made of Rodgers’ relationship with McCarthy prior to the former head coach being fired last season. The media continues to push a narrative that Rodgers now has an issue with the Packers’ new head coach.

Either way we spin it, there’s absolutely no reason to believe that LaFleur would hold a player of Rodgers’ ilk back this season. It’s time to stop talking about it.