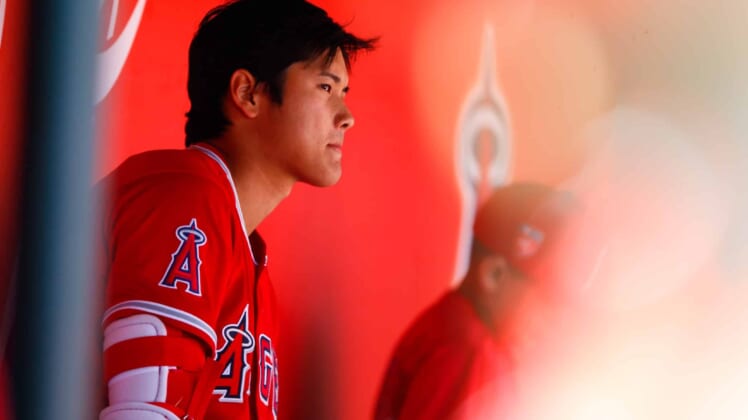 Los Angeles Angels rookie pitcher Shohei Ohtani got through the first inning against Oakland Sunday without a scratch. We can’t say the same about his second inning of work, however, as Athletics third baseman Matt Chapman took him deep on a three-run shot to put Oakland up 3-2.

Yeah, that hanging slider was about as big to Chapman’s eyes as a 10-pound watermelon. And he took it way out there, driving it well over the tall fence in left-center field.

Ohtani’s stuff was otherwise looking pretty good early. But he’ll need to make sure he doesn’t leave that juicy slider hanging over the middle of the plate in the future.