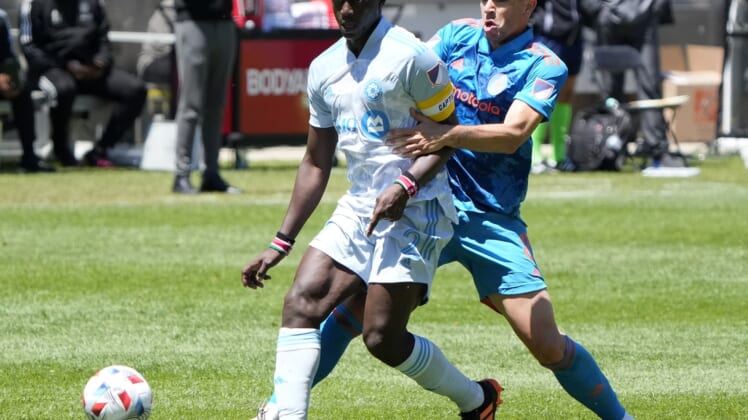 Substitute Mason Toye found the net on an 87th minute header and CF Montreal emerged with a 1-0 victory over the Chicago Fire on Saturday afternoon.

Wyatt Omsberg appeared to level the match in the sixth minute of second-half stoppage time. Instead, Nnamdi Offor was correctly ruled offside in the buildup by referee Victor Rivas following a video review.

Clement Diop made six saves for Montreal (3-3-2, 11 points), which scored a winning goal after the 85th minute after conceding a deciding goal after that mark in two consecutive defeats.

The victory is Montreal’s second on the road in five trips. It came despite being outshot 19-6 overall and 6-3 in terms of efforts on target.

Before Omsberg’s header was waived off, Alvaro Medran and Fabian Herbers had the best late chances for the Fire (1-5-1, 4 points), who remain the lowest scoring team in MLS with only four goals this season.

Attacking midfielder Ignacio Aliseda entered as a second-half substitute, but couldn’t prevent Chicago from failing to score for a fourth time in five matches.

Instead, Toye gave the visitors the lead on one of their few forays forward of the second half. 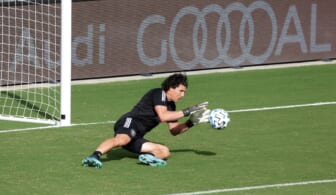 Toye snuck between both Chicago center backs to meet it first and loop a header toward the back post.

Omsberg appeared to have scored a similar goal for an equalizer 10 minutes later before it was waived off.

Before that, the Fire had two other quality chances to take the lead in the latter portion of the second half.

In the 75th minute, Aliseda played the final pass during a slick attacking move to find Herbers alone on goal, but Diop charged, cut the angle and blocked Herbers’ effort with his trailing leg.

Then on a corner kick in the 84th, Medran had an open volley, but went for placement over power and allowed Diop to make a diving denial to his left.