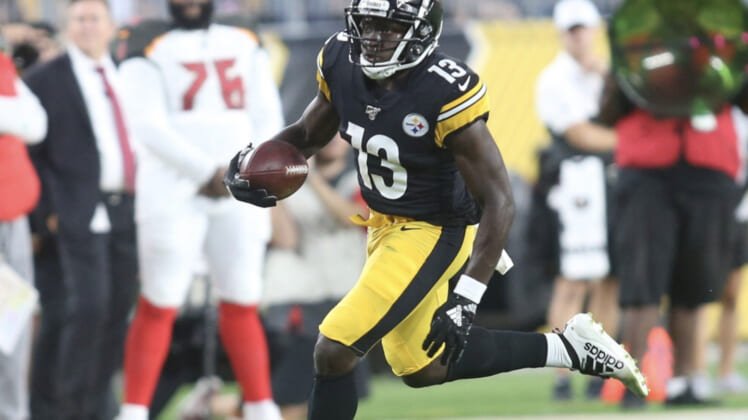 Opposing Big 12 teams know all too well how sexy the Mason Rudolph and James Washington connection can be.

Dating back to their Oklahoma State days, the two young Pittsburgh Steelers players have had a great relationship.

The Tennessee Titans found that out first hand during Sunday night’s preseason game. Already up 8-0 late in the first quarter, Rudolph hit Washington on a beautiful 41-yard touchdown to put the Steelers up two scores.

You can’t split a defense any better than that. Tennessee struggled to contain Washington over the top and paid dearly for it.

Washington is expected to take on a bigger role as a sophomore with Antonio Brown now in Oakland. As for Rudolph, he could very well be the heir-apparent to Ben Roethlisberger in Pittsburgh.