WATCH: Mark Sanchez threw ghastly pick-six, backed up into his own end zone 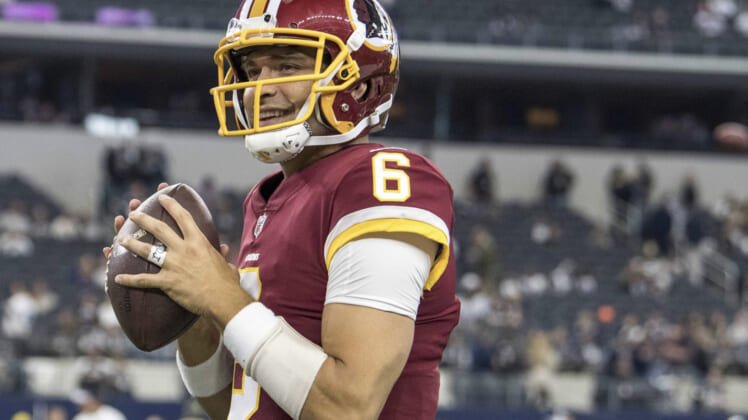 There’s a reason Mark Sanchez hasn’t played much football in recent years. He reminded us all why on Sunday with an awful pick-six to Curtis Riley.

Backed up into his own end zone, Sanchez threw the ball to a spot that was devoid of any Washington players. Instead, there were two Giants defenders in that region, and Riley had no problem taking the ball to the end zone after making the easy interception.

This too-easy score gave the Giants an early 7-0 lead.