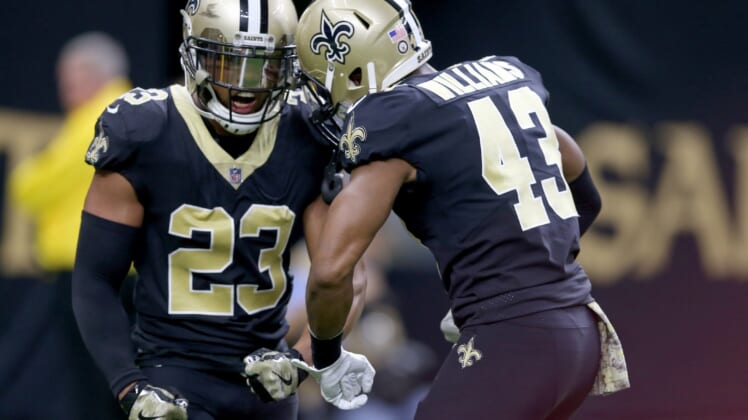 The best game of the NFL playoffs produced maybe the most memorable finish in postseason history. With 10 seconds left, it appeared as though the Minnesota Vikings’ only chance against the New Orleans Saints was a deep pass on the sideline to set up a field goal.

Case Keenum found Stefon Diggs on a deep route near the sideline, but it appeared as though the New Orleans Saints would likely be able to keep him in bounds. Only New Orleans defensive back Marcus Williams made about the worst play you will ever see.

First of all, all credit to Diggs. He made the catch and rather than scrambling out of bounds, realized that he had clear space in front of him and sprinted to the end zone. Keenum should also be commended for making a great place.

But what in the world was Williams doing?

If he had waited back, he would have been in position to make the tackle with Diggs in bounds. If nothing else, he could have held Diggs up long enough for his Saints teammates to arrive. At the absolute worst for New Orleans, Diggs would have gotten out of bounds and set Minnesota up for a 52-yard field goal.

But by trying to cut Diggs out, he left the field completely open behind him. And we saw what happened there.

Update: We’ve added the Titanic version of this incredible play.