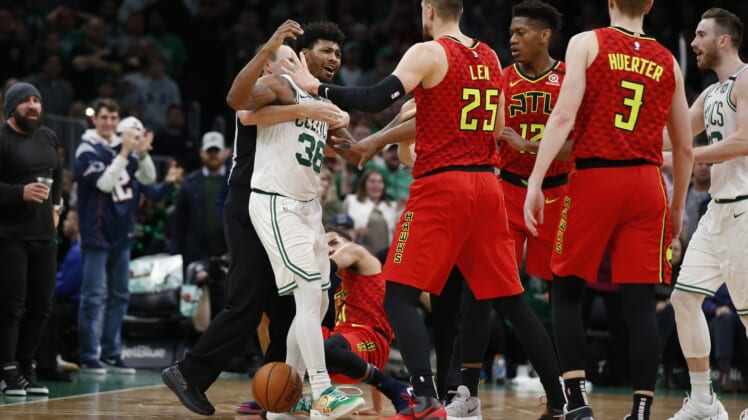 Atlanta Hawks players can’t be too excited about the end of Friday’s game against the Boston Celtics. Down by double digits in the first quarter, Jaylen Brown helped Boston start the comeback with this amazing steal and flush.

With Boston down a point and less than a minute remaining, Marcus Smart nailed what seemed to be a dagger three-pointer.

That’s until we realize second-year sensation Trae Young was on the court for Atlanta. In what can’t be considered too much of a surprise, Young attempted a game-winning three. He was rejected.

But that’s not really the story here. Smart came down with the ball and seemingly walked over Young, who was on the hardwood. Tempers flared as Hawks players went to bat for their teammate.

In a shocking turn of events (for some), it was Young who the zebras called the foul on. You be the judge here.

Some veteran cooking. Maybe some home cooking. You can judge for yourself.

At the very least, a league-worst Hawks team decided that another squad could not step all over its franchise on the court in Boston. That’s the one positive takeaway from this ugly scene at TD Garden.