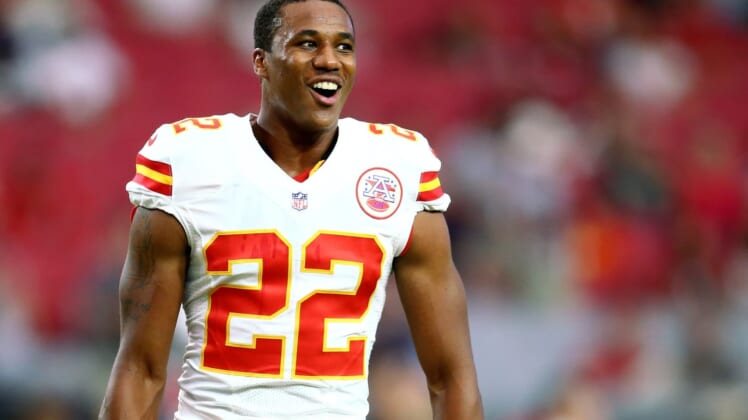 Marcus Peters did something to Kansas City Chiefs coach Andy Reid Thursday night that we had to watch more than once, because it’s definitely strange. The talented cornerback, who recently said the Chiefs are going to beat the dogs— out of Marshawn Lynch, did something that dogs love to do when they are excited.

He literally humped his coach.

What was Marcus Peters doing to Andy Reid? ???https://t.co/QZTkobnhE7

Note Reid’s head slowly turning, his eyes drifting downwards as he begins to crack a smile and asks Peters what the heck he’s doing.

It’s one of the strangest things this scribe has ever seen a player do to his coach. Reid’s entire body starts to jiggle from the motion, which adds to the hilarity of it all. We’re pretty sure there will be some sort of mention, and perhaps a moment-by-moment breakdown during a team meeting in the near future.

Kansas City is off to a great start to open the 2017 season after knocking off the New England Patriots on the road Thursday night.