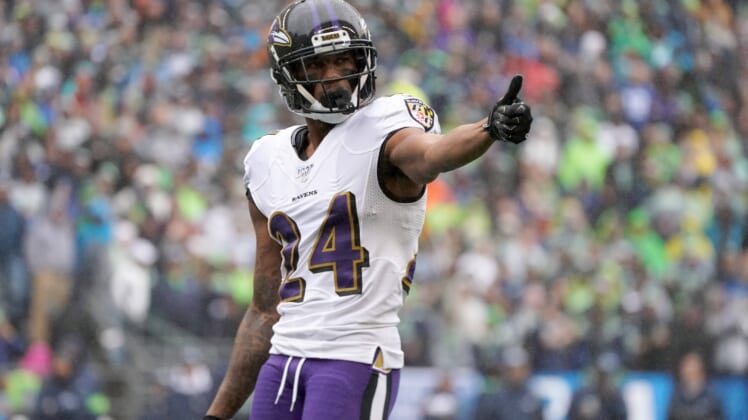 The Baltimore Ravens acquired cornerback Marcus Peters hoping he could deliver big-play ability to their secondary. He’s quickly given them that with his second pick-six since landing in Baltimore.

The veteran cornerback made Cincinnati Bengals rookie quarterback Ryan Finley learn a costly lesson. Staring down your receiver has consequences in the NFL and Peters took advantage by jumping the throw and taking it to the house.

Peters also recorded a pick-six off Seattle Seahawks quarterback Russell Wilson in his debut with the Ravens. While Peters had some rough moments with the Los Angeles Rams, he’s quickly living up to his talent and making game-changing plays for Baltimore’s defense.