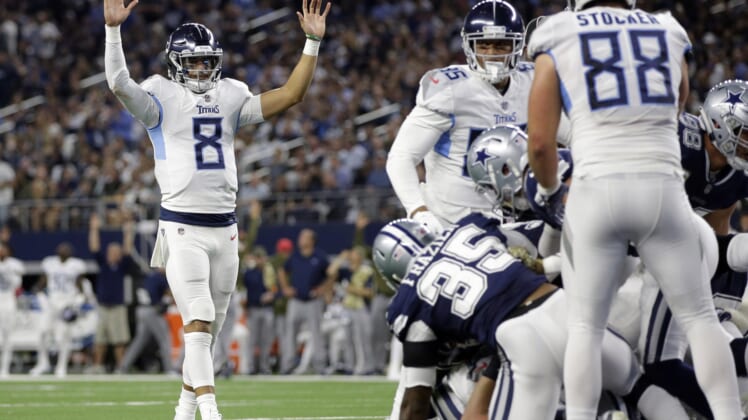 Late in the third quarter of Monday’s game with the Houston Texans, Marcus Mariota and Corey Davis gave the Tennessee Titans a much needed jolt.

After jumping out to a 10-0 lead, the Titans fell behind 27-10. But with only 13 seconds left in the third quarter, Mariota found Davis for a 48-yard touchdown, trimming the lead.

That was the exact shot in the arm that Tennessee needed.

The touchdown pass made Mariota 16-for-16 on the day. But until that point, he had yet to really establish a vertical game. Even his first touchdown pass — a 61-yarder to Jonnu Smith — was mostly a catch-and-run.