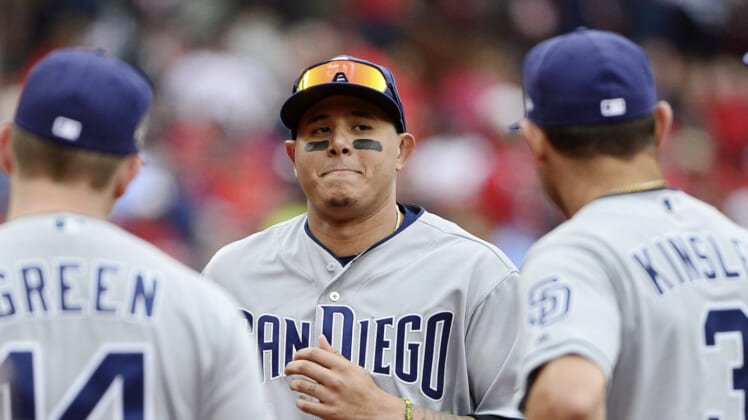 In just the first year of his 10-year, $300 million contract, San Diego Padres star Manny Machado is already living up to his end of the deal with big numbers. He added to that on Saturday morning with his own milestone achievement.

Trailing 2-1 in the third inning, Machado turned Jose Quintana’s pitch into a go-ahead, two-run blast to record the 200th home run in his MLB career.

After a slow start to begin the season, Machado is now playing at his star level as of late for San Diego. The 27-year-old entered Saturday with a .288/.337/.628 slash line with 15 home runs since June 1.

If the Padres choose to be aggressive before the trade deadline, reinforcements could help Machado and Fernando Tatís Jr. push this team into a potential wild-card spot.