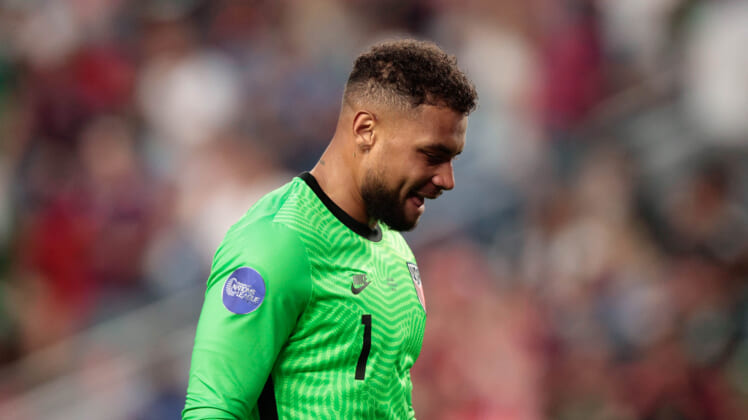 American goalkeeper Zack Steffen has had a career-worst moment on a major stage for Manchester City in their Saturday loss to Liverpool.

In an FA Cup semifinal game today, English Premier League powerhouse Man City faced off with Liverpool. Zack Steffen was minding the net on this day — as he has done for much of the annual tournament — instead of usual starter Ederson (yes he has just one name). In a key moment at the 16-minute mark of the match, the 27-year-old makes an unusual decision.

A defender from his team passed the ball back to him in the hopes he would make the quick decision to then clear it and get it out of the zone. However, for some reason, Steffen nonchalantly took his time with the ball while Reds talent Sadio Mane closed in on him. That was a bad decision.

Mane closed in and beat the American before he could clear and ended up scoring a goal for his team. Giving them a 1-0 lead and early momentum in the match. The play earned comparisons to a moment that happened with Ederson against the same team last week. He received the ball near the net as a defender closed in but he deftly avoided the rush and disaster. Unlike Steffen. I guess we see why Ederson is the go-to goalie for the team when the games really matter in English Premier League play.

Liverpool would go on to win the match 3-2 and advance to the finals of this year’s Football Association Cup tournament.