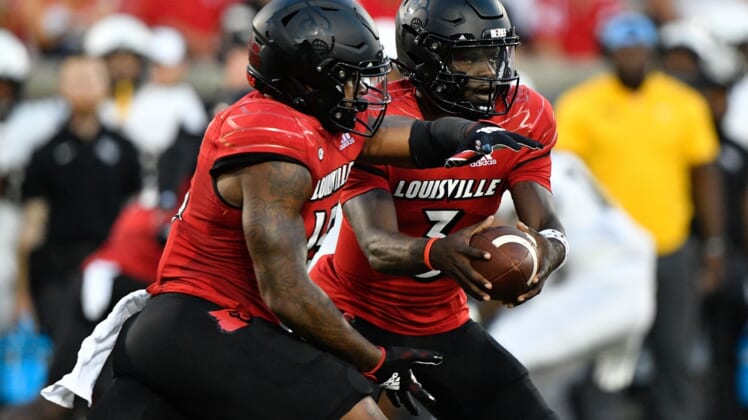 Louisville scored on its first five possessions to build an 18-point halftime lead, then held on for a 31-23 victory over Florida State in an Atlantic Coast Conference matchup Saturday afternoon in Tallahassee, Fla.

Jashuan Corbin rushed for 151 yards in the second half as the Seminoles (0-4, 0-2 ACC) completely turned the game around. Corbin opened the second half with a 75-yard touchdown run and finished with a career-high 159 yards rushing.

After Corbin’s long run, the Seminoles didn’t score again until Ryan Fitzgerald’s 45-yard field goal with 8:06 left in the fourth quarter made it a one-score game.

Yasir Abdullah and Ashton Gillotte each had two of the Cardinals’ six sacks.

The loss assured the Seminoles of their worst start since the 1974 team lost their first eight games.

Milton later transferred to Florida State after recovering from a serious leg injury.

Cunningham had a 59-yard touchdown strike to Tyler Harrell on his first series and scored on runs of 4 and 1 yard before tossing a 21-yard scoring pass to Jordan Watkins in the second quarter. He finished the game 25-of-39 passing for 264 yards after going 18 of 25 in the first half.