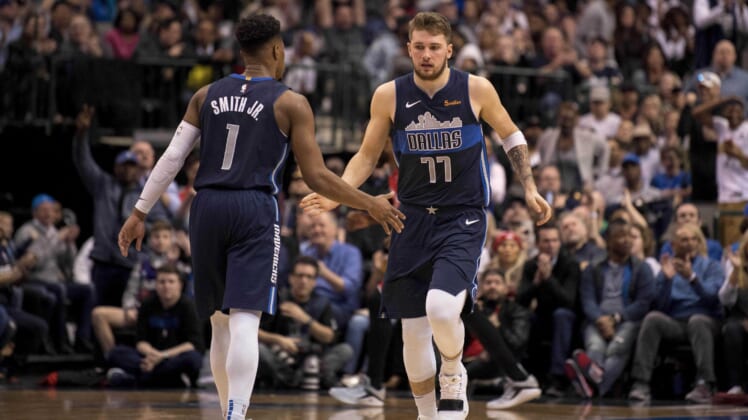 Dallas Mavericks star rookie Luka Doncic is still going to be a teenager here for the next few weeks. But as we’ve seen with the Slovenian thus far this season, he plays nothing like a 19-year-old.

Already seen as the likely NBA Rookie of the Year, Doncic was out here showing off his skills at home against the Toronto Raptors Sunday evening.

Just check out how he casually tosses up this alley-oop to teammate Dennis Smith Jr.

There’s literally nothing the Raptors could have done here on defense. If they play off Doncic, he’ll just step back and nail a three. If they decided to double the rookie, he’ll show off his unique skill set passing the ball.

It’s an issue opposing teams have found in attempting to guard Doncic all season long. The youngster entered Sunday’s action averaging 20.2 points, 6.8 rebounds and 5.3 assists per game. He’s something else.