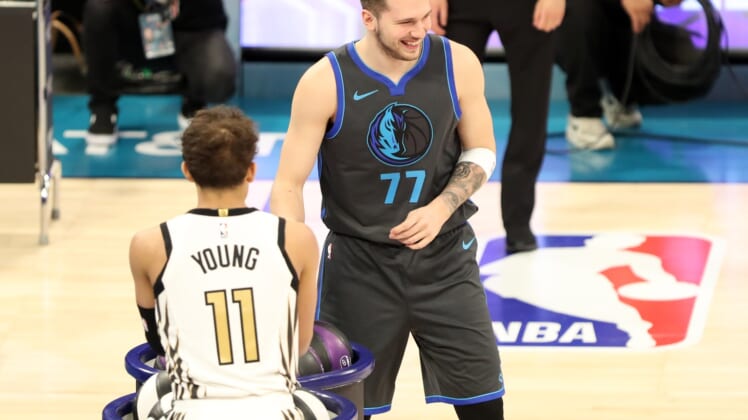 Is there anything Dallas Mavericks star rookie Luka Doncic can’t do? Fresh off being robbed from an All-Star appearance, the game’s top first-year player continues to dominate on a near nightly basis.

The Los Angeles Clippers found this out first hand coming out of halftime Monday night. Just check out this beautiful lob pass Doncic tossed up to Dwight Powell for the flush over Clippers big man Ivica Zubac.

LUKA to Dwight Powell for the stuff. This kid is already a legend for #MFFL (h/t @NBA). pic.twitter.com/xnUEaB9C7s

Not only was the pass perfect, Doncic’s handles prior to the pass were on point. The dude continues to flash at nearly every turn.

Having missed the past two outings to injury, Doncic entered Monday’s matchup averaging 23.8 points, 8.3 rebounds and 7.0 assists over his past 17 games. Did we mention the kid is still a teenager (for a few more days)? Just insane.