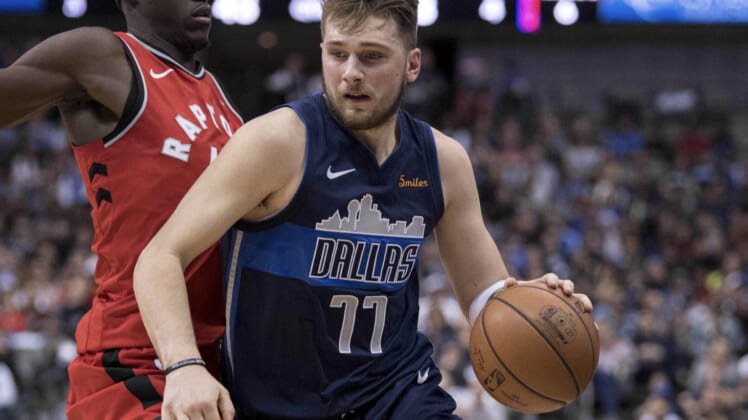 The Dallas Mavericks found themselves down 98-97 with five seconds left against the Denver Nuggets on Thursday night.

That’s when Luka Doncic decided to go full Luka Doncic on the entire city of Denver. Just check out as the rookie drives through the line, beating multiple defenders in the process, to throw down an absolutely massive jam and a one-point lead.

Nuggets big men Paul Millsap and Mason Plumlee did everything possible to stop the Rookie of the Year. For their troubles, both veterans were put on posters that will hang throughout the Dallas–Fort Worth metroplex for years to come.

This isn’t anything new for Luka. He’s been dominating proven NBA competition all year long. Don’t feel too bad if you’re one of those who have been embarrassed by him.

Unfortunately for the Mavericks, Denver came out on top by virtue of a buzzer-beater from Nikola Jokic. He’s been there before, too.